This task will start with the study of the state of the art event models and analyse them with respect to the requirements identified.
This task will then be decomposed in the following three activities: 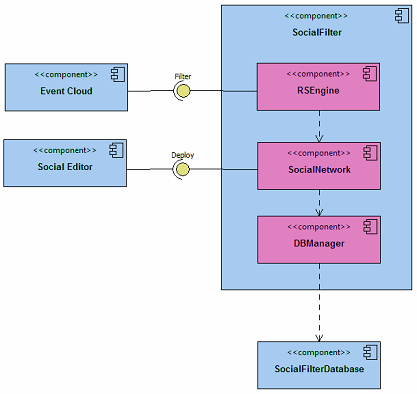 The first possible case is that the source node has a direct social relationship with all target nodes. In this case the social filter computes relationship strength as a weighted sum of normalized characteristics of the relationship between the two nodes. These characteristics include the time of last interaction, interaction count, declared trust, number of mutual nodes, etc.

The Social Editor allows a user to view and update the social network.